British singer-songwriter and multi-instrumentalist Kianja has featured on tracks with Bastille and Craig David (for 'Other People's Heartache 4') and now she has released her debut EP, 'Glory'.

Her voice is phenomenal and I spoke to her about her new music, working with Dan Smith and future plans. 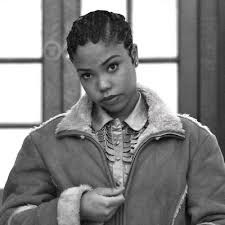 Q: What is your latest single 'Glory' about?
Kianja: It's basically about when you give your all to something or someone and don't get anything, any glory, back. It's about unrequited love, which is painful.

Q: How does it feel to have released your EP?
Kianja: It feels great, it's a long time coming. I've been writing and producing for 5 or 6 years. It's really refreshing to have something out for people to listen to. It's my first official release.

Q: What inspires you musically?
Kianja: Great musicians like Sade, Marvin Gaye. Also, life and life events-whether it's mine or other people's.

Q: How was your recent London show?
Kianja: Really good. I'm quite chuffed with the turn out. It was a really fun show.

Q: What's it like being signed to 'Best Laid Plans'?
Kianja: Best Laid Plans has been a really safe space for me to grow as a musician. They are great people: Mark Crew, Dan Smith and Dan Priddy. They've taught me so much. Being around them is inspiring. And being on an independent label, there's no pressure. It's all about making the best music.

Q: What was it like working with Bastille on 'Other People's Heartache 4'?
Kianja: Great. It's funny because they message me the day before they were going in to the studio for 'Don't Let Go'. I knew the song but I had to learn it. Dan has great artistic direction; he's very assertive. He's a serious pop writer. It's really inspiring and I really respect him.

Q: What's next for you?
Kianja: Writing away towards the next EP and album. I don't have a specific vision for what's next. That's not how I work. I just see what comes to me.