Saint Clair (Emma Topolski) is an artist I genuinely admire and regularly recommend other people listen to, so it was kind of a big deal that she agreed to have a chat with me about her music and future plans. 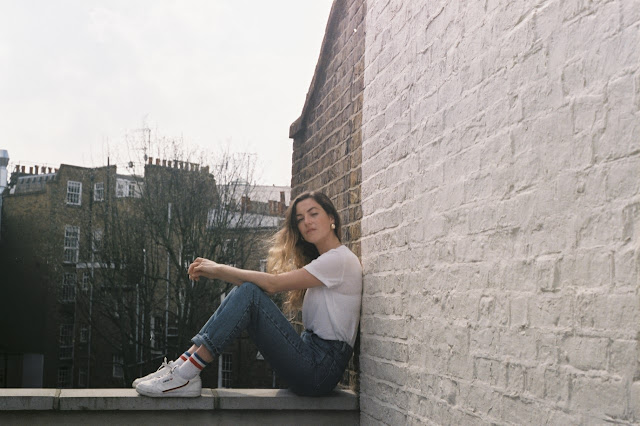 How was it supporting Bastille on tour earlier in the year?
Saint Clair: Playing live for the first time in so long gave me a genuinely riveting and vital lift. I spend so long alone in the studio writing, recording, working and reworking, that being on stage and bringing my songs to life was really exhilarating. Performing gives you a rare immediacy and interactivity with the people around you and is easily the most rewarding part of the process for me (unless you get bottled or your gear breaks).

You recently played a show in Hoxton, how was that?
Saint Clair: That was a really fun show in front of a home crowd and with a killer lineup.

You performed your next single, 'Goddess' that night. What inspired it and when will it be released?
Saint Clair: ‘Goddess’ was inspired by a complete breakdown in communication during a very vulnerable time in my life. Not sure on release date yet but it’ll be the first in a series of songs from my new visual EP.

I heard a rumour that you've been working on an album. What can you tell us about that?
Saint Clair: Not an album but a 4-track visual EP. I’ve just shot 4 music videos - all directed by my sister - to accompany each song which was a hugely ambitious yet very rewarding experience. They journey through various stages of grief and loss and although work as stand-alone videos, they also fit together like a short film when watched in succession. I’m very excited to share this project as it’s been over 9 months in the making.

Who are your musical influences?
Saint Clair: I listen to a huge range of music so tend to pluck inspiration from all sorts of weird and wonderful places. I’m really into Nirvana at the moment and have been listening to Booker T. & the M.G.’s a fair bit.

Does your role in CHILDCARE (as bass player and vocalist) influence your solo music?
Saint Clair: Actually no. It’s probably made me consider how I could integrate playing bass into my live shows more but the songwriting process is very separate.

Which new bands and artists are you listening to at the moment that we should all be listening to?
Saint Clair: Tierra Whack, Jain, Charlotte Adigery, Little Simz, Tirzah, Baxter Drury, Holly Walker… I regularly update my Spotify playlist with new music so I’d  suggest you all follow that (below).

What are your future plans in terms of live dates and new music releases?
Saint Clair: Next for me will be releasing my visual EP. I will definitely be playing a show around that time as well so keep your eyes peeled for dates.