Ed The Dog (Ed Wettenhall) released his indie-pop debut album, 'Shame', last year. Now, he is playing a string of festivals including the much-loved Neverworld. He was kind enough to speak to me about being a solo artist, supporting Circa Waves and his love for Another Sky. 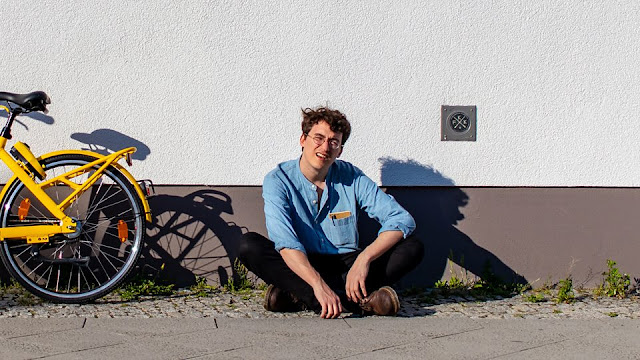 How are you?Ed: I'm splendid thank you.
How did the decision to become a solo artist come about?Ed: The band I was in for six years called 'Fish Tank' broke up and I thought to myself: "What band format haven't I done yet?"
Your track, 'A Good Thing' has been played by Annie Mac on Radio 1 recently; what did that feel like?Ed: Quite bizarre and wonderful at the same time. I still find it hard to fathom that R1 legends like herself, Jack Saunders, and Huw Stephens are playing stuff I recorded in my attic to their considerable audiences. Feels amazing.
What was the inspiration behind your album, 'Shame'?Ed: I just always wanted to write an album to be honest, even just the one! Doing the whole solo thing felt like the most appropriate time to do that. I was bummed out about 'Fish Tank' for sure, but I was really excited to do something for and by myself (for the most part anyway). I got a lot of inspiration from lo-fi productions like the first Darwin Deez record, Daniel Johnston tapes,  and the first couple Strokes records.
What was it like touring with Circa Waves last year?
Ed: Best tour of my life. Truly lovely lads. Felt very surreal when me and Charlie ended up covering for Joe when he shoved that wine bottle through his palm in Guildford. Always been a big Circa Waves fan so to actually be in the band for a couple shows was quite the trip!How was The Great Escape?Ed: Wonderful. It was my first time there so it was nice to be both performer and punter for the weekend. My favourite band I saw over the weekend were FEET down on the beach stage. Amazing musicianship right there.
Are you looking forward to playing at Neverworld?Ed: Yes! Again, I've never been before but heard amazing things having gone to uni in Kent. I still find it weird to see my band name up on the poster with artists like The Vaccines and Craig David! I'm definitely going to dress up as something for it. Perhaps Captain Hook? Or maybe dressing as Wendy's family dog would make more sense?
Which new artists have you been listening to?Ed: I really love the new Another Sky EP ' Life Was Coming In Through The Blinds'. Such humble and lovely people making incredibly thoughtful music. The new Saltwater Sun EP 'The Great Deceiver' is also a winner, particularly that title track. I spoke to their guitarist at Live at Leeds and I asked him how he wrote such a killer guitar hook for that song and he told me he wrote it while trying a guitar in a shop. When I'm trying new gear I just end up forgetting how to play the guitar, let alone managing to write a genius riff!
What are your future plans, in terms of new music?
Ed: Album DEUX is in the pipeline and you'll be hearing something from it before the summer is out. Might even go play it for some people if I venture outside.