Cassyette is a powerful, exciting new artist and I spoke to her about the meanings behind her latest songs. 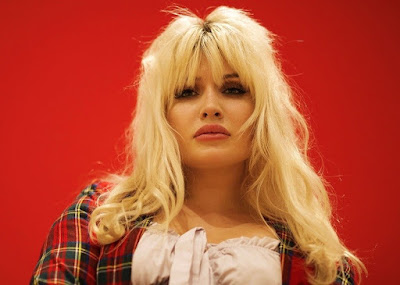 What is your current single 'Jean' about?
Cassy: Jean is about a few things. It’s actually quite a complicated song haha but basically I wrote it with my best friend. The premise of it really is about being cheated on because it was something both of us had gone through. At the time she was upset about some stuff and we decided to write this song about the other girl. Jean is an anthem for people who are going through heart break. We took a lot of inspiration from Dolly Parton’s 'Jolene'.

Your fans send you Instagram clips of themselves singing along to 'Jean'. What does that feel like?
Cassy: It's awesome! I was so surprised by how many people sent in videos! It’s been amazing to receive this much support already. I love getting messages from people. It really reminds me of why I do this.

Who are your musical inspirations?
Cassy: I have so many but, to name a few, I would say: Motley Crue, Guns n Roses, Joan Jett and the Black hearts, Pat Benatar, Allanah Miles, Haim, Bring me the horizon, Gwen Stefani...

What was it like touring with Yonaka?
Cassy: It was so much fun! We had the best time. They are good friends of mine anyway so it was great to tour and be able to spend that much time together. We had some crazy nights on that tour! One night we ended up in a casino early in the morning and Theresa won a game of black jack.

How was it performing at The Great Escape? Did you get to see many other bands?
Cassy: We loved playing Great Escape. Loads of people turned up to watch us which was wicked.
After the show we saw a couple of bands. I loved watching Lion and The Amazons!

Do you have any plans to release new music and play more live dates?
Cassy: Yes...I have a new song on the way. It will be out 5th July. Im going to put an EP out after that. Our next show, we are supporting You Me At Six! I can’t wait ..they are one of my all time favourite bands.